Michela Morellato is a cofounder of Never Alone. She is an Italian television and radio personality, entrepreneur, author, model, and influencer from Veneto, Italy. She currently resides in Colorado in the United States with her husband, who is actively serving in the U.S. Army, and her two children.

Ms. Morellato became a household name in Italy in 2005 when she exposed abuses of power and sexual harassment in Italian show business while appearing on the television show “Le Lene”. Hidden cameras captured a prominent Italian television host promising her a successful career, protection, and insertion into his professional circle in exchange for her “attention.” When she refused, he responded in a threatening and aggressive manner. The broadcast sparked a national debate in Italy regarding sexual harassment in the media, the workplace and Italian society in general.

After the 2005 program, Ms. Morellato found herself at the center of debates regarding sexism and sexual harassment—but also tabloid interest and gossip about her character and private life. While she felt that some in the Italian media were seeking to destroy her for seeking to bring about change, she remained undeterred.

In 2016, she worked with civic leaders to launch the #SaveGiulietta Project in Verona, Italy, where the story of Romeo and Juliet took place. The goal of this project is to create a statue of Romeo to balance out the attention given to a statue of the Juliet. Tourists often pose inappropriately with the statute of the 13-year-old Juliet, including by placing their hands on the statue’s breasts. The project is ongoing and Ms. Morellato is using it to create greater awareness regarding sexism and the representation of female sexuality in Italian art and culture.

In 2017, Ms. Morellato gained additional notoriety when she denounced sexism and abuses of power in connection with a texting scandal involving a high-level U.S. Army officer at Camp Ederle, a NATO base in Vicenza, Italy. Subsequently, in 2018, she gave support to a young female pilot in the Italian Air Force who was being harassed by members of her squadron. In doing so, Ms. Morrellato used her prominence to shine a light on sexism in the Italian military and to bring about a call for change.

In 2019, Ms. Morellato authored the Italian bestseller Un Talento Per I Guai, which in 2020 was translated into English with the title, A Talent for Trouble. In this fictionalized auto-biography she describes the exploits of a controversial woman named Eva who searches for justice, peace and meaning in world of sexism, misogyny and deception. Her book is widely available online, through mobile reading apps, and in prominent bookstores. 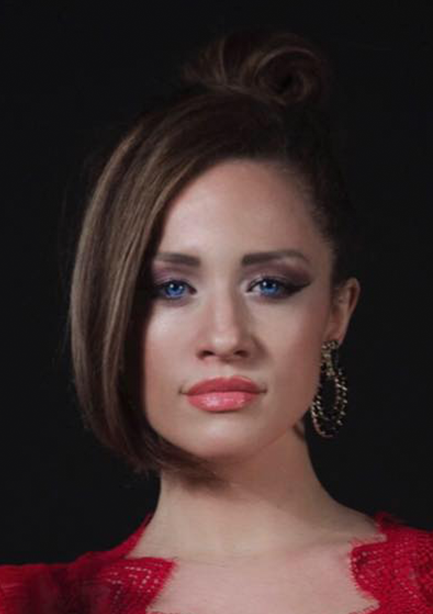